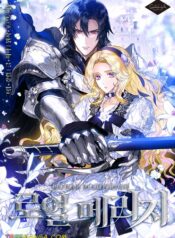 Read manga ROYAL MARRIAGE on treemanga.com A symbol of money and beauty, Tatiana Cartier, the best bride of the Empire. With the overflowing love of her mother with absolute power and her four beautiful sisters, the only thing left for her is the Duchess. A thunderbolt fell ahead of the engagement announcement that will finally mark the pinnacle of life! “Shhh, Duke. And what if your beautiful fiancé finds out?” “huh. It’s that doll. Just looking at the jewels held out in my mother’s arms will be enough for the day to pass.” Who could have known that the betrayal of a trusted fiance would have a greater shock than this, even for a brief moment of despair. “Hold on for a few days, what else can you do stupidly?” Everyone in my family, whom I believed was on my side, knew my fiancée’s true nature. At Tatiana’s insistence that she would never marry her like this, her mother, who loved her the most, turned her back on her first. “It’s a week later. There is a banquet to celebrate the victory in the Imperial Palace. How good would it be to announce one more piece of good news on a good day?” “… … What if you don’t like it?” “Well. If you don’t like it, you should get out of this house.” “…….” “Of course I left everything I gave you.” The remaining time is one week. In the meantime, if I couldn’t find a husband, I would be kicked out on the street naked. But all the groomsmen who clinged to me so desperately only looked at my mother’s eyes… … . The last person that came to my mind at the moment when I wanted to see if this was the end! The red-eyed reaper, Cainell Townsend, who returned from a illegitimate mercenary who was despised by all kinds of worlds to Freya’s war hero after three years. “okay. It’s true that I was once interested in you. This is something that no one knows about, thanks to your handsome mother.” “… … caine. That was then.” “Don’t get me wrong. What I wanted back then was not you, but your body.” “Good for you. He wants what I have.” Dead-end alley, the bottom line. If you want to survive in this harsh world, you have to hold on to the devil’s hand. A contract marriage between a woman who fell from the queen of the social world to hell overnight and a man who lives in hell as it was then and now. Even though we are different from the beginning, we are so different. “Tatiana Cartier. You are now Madame Townsend, after all. If you came to me first and asked me to marry you, you will have to take responsibility until the end. Even if you come now and regret it, there is no way to turn it back, so wake up from your dreams.” They say they don’t have money, they say they don’t care, they say they don’t like me. The man’s sincerity, secrets, and more emotions that he gradually learns one by one. I’ve decided I’ll never trust anyone again, but it’s just a contract marriage. Can my heart race like this?